Every $35 you give provides lifesaving critical aid and shares hope!

Right now so many people are suffering. Currently 27 ongoing conflicts exist around the world — and they are forcing millions of people into poverty and to live as refugees. Unto® is serving in 18 of these countries.

Over the next four months, our local team members plan to distribute 4,628 Survival Kits to people in six countries facing war, famine, extreme poverty, drought, and more. To provide this lifesaving critical aid, $162,000 is needed by July 31.

Every $35 you give provides a Survival Kit to a suffering individual or family and shares hope.

Together with you, we are serving people affected by conflicts in Ukraine, Ethiopia, and many other places. We are serving people in countries that are welcoming the influx of refugees forced to flee these wars. We are also going to areas where people are facing famine, extreme poverty, drought, and more.

These people need our help now! For just $35 you can rush a Survival Kit to an individual or family struggling to survive — and share the hope of Jesus with them.

Will you give now to send lifesaving critical aid and help save lives? 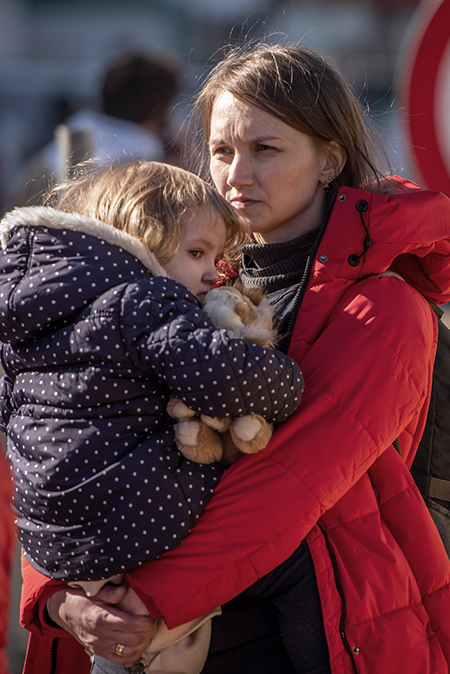 “I’ve been saved so many times from near death experiences, and I believe it was Him.”

Lina lives in a small Lebanese apartment with her mother and brother. Not too long ago her father passed away in a car accident. Their family struggles to afford even the most basic items.

As much as she would like to go to work every day, Lina has not been able to find someone who will hire her. She suffers from a lung condition that requires multiple medications. She must also stay close to an oxygen machine for those times when her lungs become tired and weak.

Her mother sells tissue boxes on the street every day to help provide for her family. But her meager income simply is not enough to cover medical expenses and basic needs.

When local Unto® team members heard about Lina’s family, they stepped in to help. They provided the family with Survival Kits that included meals and other supplies for which they had a serious need. They were so grateful and could not hold back their tears.

As Lina talked with our local team, she shared,

I know God is with us. He has always been there. I’ve been saved so many times from near death experiences, and I believe it was Him.

A month later the team visited Lina again, bringing more basic supplies for her family. They were saddened to hear that Lina had developed lung cancer. They encouraged her, shared about the eternal hope of Jesus, and prayed with her.

When our staff members returned again, they were overjoyed to hear that Lina had respond to the message of Jesus. Even though she must undergo medical treatment for her cancer, Lina trusts God with her life and is at peace. The team connected her with a women’s discipleship group where she can build relationships with other believers who will walk alongside her during this difficult time.

Your gift of Survival Kits helps meet the immediate physical needs of suffering people like Lina. Your support expresses the kindness of Jesus to them and allows local staff teams to build relationships and share the eternal hope of Jesus when the time is right.

You can provide more help by making a monthly gift!

Yes, I want to give Survival Kits to people in tough places!